Of all the animals that once roamed freely in the jungle, the tiger is one of the most charismatic: elusive, feared and revered for its elegant grace. The national animal of India, the tiger is the largest of the big cats, and quite simply a beautiful beast with its gold and black stripes, whether playing, hunting, or caring for its cubs.

Modern life has put the tiger in peril, as humans encroach ever further on the big cat’s habitat. In the past century, tigers have lost more than 90 per cent of the areas they once called home. A tiger has no predators in the wild, the only threats to their existence are poachers, illegal trade in tiger parts for traditional medicines, and humanity destroying their habitat.

India is regarded as the best place in the world to see tigers, and the nation offers a superb selection of national parks where visitors can (with luck) observe these magnificent creatures. Launched in 1972, Project Tiger is a conservation programme to protect Indian tigers. Over the past century, world tiger numbers dwindled to less than 4,000, but these iconic and mesmerising animals are multiplying again thanks to better protection. 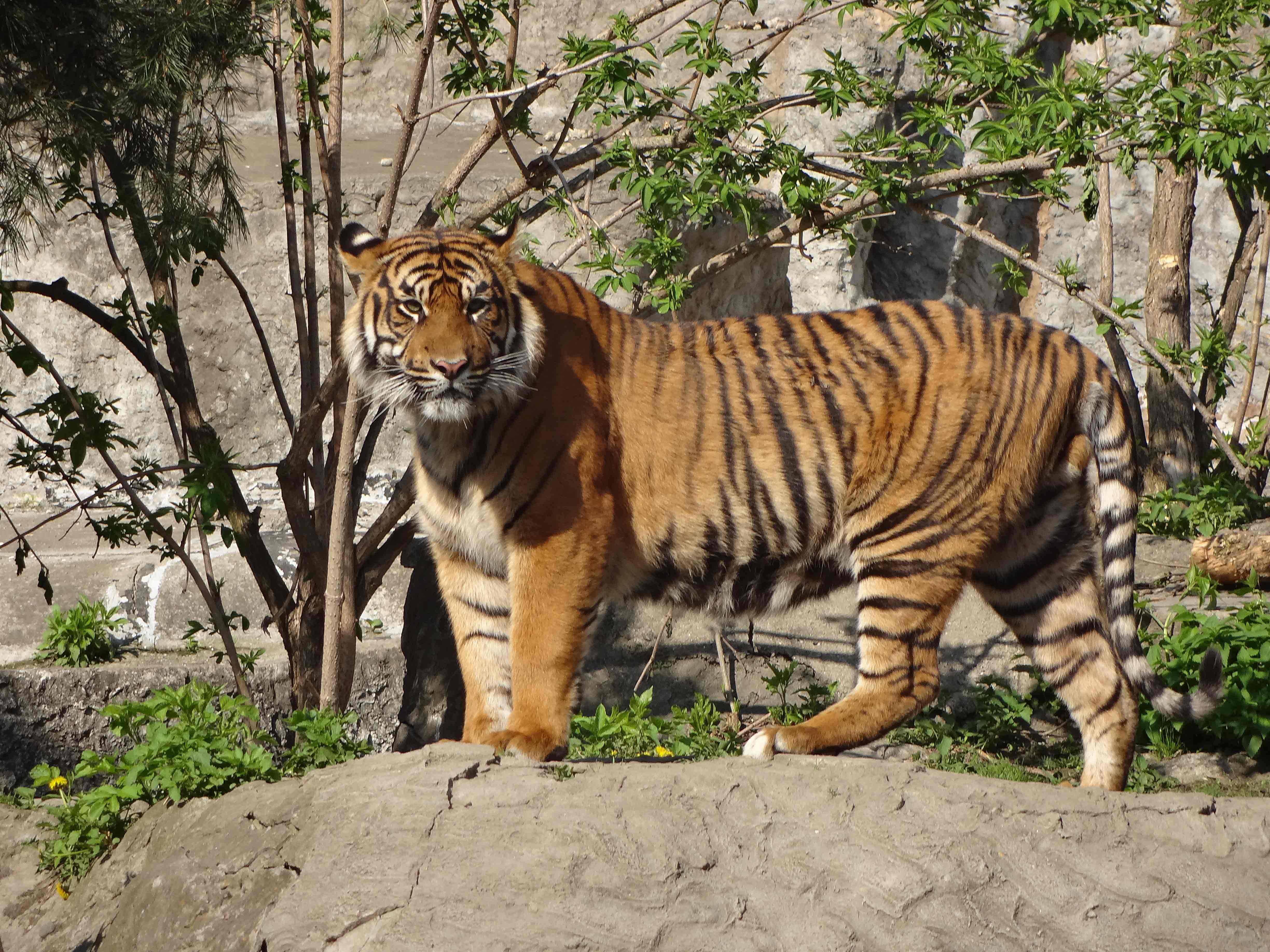 Big cat: The tiger is the largest of all the cat species. A male can weigh up to 310kg

- Timing: The peak months are February and March, although November to January is a bit cooler and the tigers might be a bit more energetic.

- Safari operators: Try to choose companies that support sustainability and conservation of tiger habitats. If you choose an elephant safari, pick a company that trains its elephants ethically.

- Payment: Foreigners will pay more than Indians – the revenue from your visit will help to support tiger conservation and help locals see that the tigers are more valuable alive than dead.

- Transport: If you want more control over how you spend your time in the park, consider getting your own vehicle with driver. If your driver does a good job, then you should tip them well.

- Respect: You are visiting the animals’ home. Maintain a suitable distance from them, and remember that they have first priority. Take all your litter away with you.

- Enjoy the moment: Good photos of tigers and wildlife generally require some expertise, and will probably need a telephoto lens. If it’s your first time, relax and concentrate on the experience of seeing the tiger. Remember, if looking at a photo was enough, then you wouldn’t need to go to a national park at all.

- Noise: Try and be quiet as possible, as excessive commotion will drive the tigers away.


Rajasthan
Ranthambore National Park was once a royal hunting ground for the maharajahs of Jaipur, but today it is a nature reserve and home to many animals such as leopards, sloth bears, striped hyenas and langurs. The park’s most popular attractions include its tigers, a lake full of water lilies and the 10th-century Ranthambore Fort and the sweeping views from its hilltop perch.

Utturakhand
Established in 1936 to protect tigers, Jim Corbett National Park is the oldest national park in India. Named after the British conservationist who helped bring the park into being, it is also a home for wild elephants, hundreds of bird species and leopards.

West Bengal
The Sunderbans mangrove forest was UNESCO listed in 1987, and Sunderbans National Park is part of the forest – one of the largest in the world. Also one of the largest Bengal tiger reserves, Sunderbans is criss-crossed by waterways, making it ideal to explore by boat or cruise, while looking for all kinds of wildlife, including salt-water crocodiles.

Madhya Pradesh
This state in central India has five excellent national parks where tigers can be seen. Panna National Park has been a haven for the Royal Bengal Tiger for more than two decades and is also a biosphere that is also home for leopards, wolves and more than 200 bird species. With varied terrain including open grassland and lush valleys, a safari through the park in a 4WD jeep or on an elephant is also an opportunity to admire the spectacular landscapes. This park is ideal to combine with a visit to the UNESCO-listed temples at Khajuraho, as this charming town is only about an hour away. Bandhavgarh National Park is known for its large population of Royal Bengal Tigers, along with white tigers, leopards and excellent birding. Choose from jeep or elephant safaris, and there is a wide variety of accommodation available near by. Other local attractions include the Bandhavgarh Fort, caves, lakes and mountains. Kanha National Park is the largest nature reserve in Madhya Pradesh, and combines bamboo forests with grasslands and waterholes that are a sanctuary for tigers, jackals and many species of birds and plants. Enjoy an elephant or jeep safari and watch wildlife silhouetted against the setting sun at sunset point. Famous for being the place where Rudyard Kipling set The Jungle Book, Pench National Park takes its name from the river that crosses it from north to south. This popular park is on the southern border of Madhya Pradesh and Maharashtra and offers a variety of habitats with more than 1200 plant species, herds of Gaur (Indian bison), jackals, leopards and of course tigers. Satpura National Park takes its name from the hills this award-winning nature reserve ranges over. One of India’s finest tiger reserves, its landscapes encompass gorges, teak forests, peaks and a lake perfect for exploring in a kayak. Look for sloth bears, leopards and wild boar from a jeep or an elephant, or take a walking tour with a guide.

Quality India Tours can satisfy tiger cravings with a bespoke tiger-centric adventure, and many of our tours give visitors an opportunity to see tigers in the wild.
More about Central India

Of all the animals that once roamed freely in the jungle, the tiger is one of the most charismatic: elusive, feared and revered for its […]
Like?5
1 read more

This site uses Akismet to reduce spam. Learn how your comment data is processed.